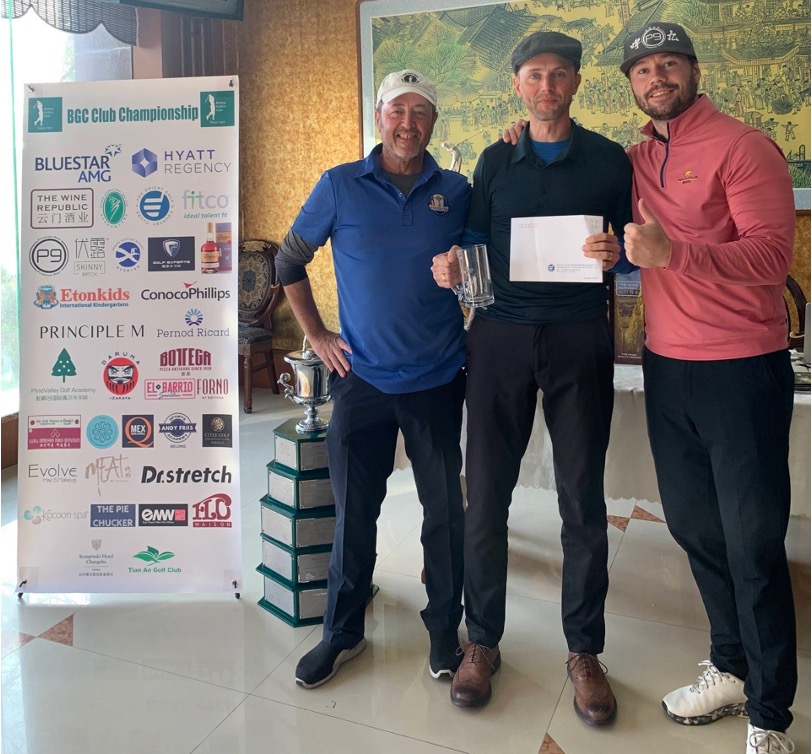 All members are invited to sign up for the BGC Matchplay tournament. There is no cost to participate and everyone has the chance to win prizes, which are awarded at the end of the season

Matchplay is different from Stroke Play in that you play against an opponent rather than the course. It’s a fun golfing format that allows you to meet new people and play a different style of game. If you’re unsure about the rules then see the FAQ below or just ask any member of the BGC Committee

How do I know my matchplay opponent?

Once the draw is made you’ll receive an email with details of your opponent, their handicap and how to contact them – this continues for each round until you win or are eliminated. You can also see the full draw results table above.

How do we decide where & when to play?

As soon as you get the email with your opponent’s details you should take the initiative and contact them to arrange the match – so long as you can reach an agreement then there is no restriction as to where or when you play,  however the match must be played before the deadline shown in the tournament schedule. The time and place is generally based on what is convenient for the players, but considering most BGC members are working folks then please be fair when discussing possible dates to compete – remember you also have the option to play your match on a BGC Sunday, so long as you comply with the rules of both tournaments

What if we can’t agree a time and/or place to play?

It’s up to you and your opponent to arrange the match, the Committee will not get involved in match arrangements – however if despite reasonable attempts to agree a date and time you are unable to find one that works for both players, then you have two options:
1. Player wins by default – in this case you have decided a winner without playing the match. This option is most commonly used when one player is able to offer several dates for playing the match, however the other player cannot accommodate any of the playing dates suggested (dates should include at least one BGC Sunday). If this happens then it is courtesy for the player to offer to withdraw and concede the match.
2. Coin toss – if you both made your best efforts to find an agreeable date but just can’t make it work, you can contact Rainbow or the Committee stating that you both agree you are unable to play the match. The winner of the match will then be determined by a coin toss.

How are the matchplay handicaps calculated?

Your BGC Handicap (found at www.ehandicap.net then rounded to the nearest whole number) is your matchplay handicap. Once you and your opponent have agreed a course for the match then to calculate your course handicap (while we await the WHS update to the matchplay calculator) please refer to the eHandicap website (www.ehandicap.net – club code “BGC”), search for your name, then scroll to the bottom of the page and click “Course Handicap”. This will show your handicap for whichever course you and your opponent are playing, so subtract the difference and refer to the course scorecard for the handicap index to see where you give/receive shots.

Which tees do we play from?

By default, all men will compete from BLUE tees and all women will compete from RED tees, however IF both players agree then you are welcome to play from WHITE tees. Unfortunately, if you wish to play the match on a BGC Sunday and are not playing from your normal BGC section tee then you will not be eligible to enter the tournament

Is the Matchplay seeded?

Yes, to reward those who have played (and done well!) in previous BGC years the matchplay is seeded – all other matches are determined by random computer selection. If the ladder is not completely filled, then the lowest seeded players will not play the first round. The seeding of players is done as follows:

How do we report the result of the match?

At the end of the match the winning player should report the result by email to “golf@beijing-golfers-club.org” (or by sending Rainbow a WeChat message) so that the ladder can be updated. If you do not play the match (or do not report the match result before the deadline for that round) then the winner will be determined by coin toss.

How do we play with “Gimmies” and Concessions?

Unlike Stroke Play where each hole must be played out completely, putts can be “conceded” in Match Play (known as “gimmies”). You’re welcome to concede a short putt to your opponent in this way (nb you should never “ask” for your putt to be conceded!) however once you offer a concession you cannot take it back – even if your opponent plays (and misses) anyway. So, if it’s a really short putt and you think there’s an advantage in conceding it, then go ahead – but it’s always your choice and your risk.

You can also concede a hole. If you know there is no way to win or tie the hole, you can concede the hole and proceed to the next tee box. Concessions are not required, and you can hole out, but if you already lost the hole anyway, just concede, pick up and move on. Remember, total strokes are irrelevant. You win, lose or tie each hole and nothing else carries on to the next one so there is no advantage to playing on if you already lost the hole.

Although the basic rules of golf apply equally to Stroke Play and Match Play, some rules and penalty assessments are different. Where in Stroke Play most infractions result in 1-stroke penalties, in Match Play they result in your opponent requiring you to replay the shot (hit it again) or the loss of the hole.

Here are some common examples of differences in the rules

Strokes are meaningless in match play beyond the net strokes for the hole being played. It does not matter how many strokes it takes to hole out in order to win the hole. You win the hole if you hole out with less net strokes than your opponent. Therefore, your strategy on the hole depends on what your opponent is doing. If your opponent is in trouble on a particular hole, you can play that hole conservatively. If your opponent is doing well on a particular hole, then you may need to be more aggressive. If it is all or nothing, it may be necessary to try that “Tiger Woods, out of the bunker, under the shrubs, hook around the tree try to hit the green 1 in a 1,000 chance” because otherwise you will lose the hole anyway. In Stroke Play you would never make such a move – well, let’s say you probably shouldn’t.

It is not you against the course but you against your opponent, head-to-head, hole by hole. If you set out to play your “best game”, you will likely lose in Match Play. The worst that can happen from a bad shot is that you lose a single hole. There are 17 others. On a given hole, your bad shot on the fairway can just as easily be offset by your opponent’s bad shot out of a green-side bunker, at which point you are squared again. Play the hole, not the course, and you have a chance.